Never leave the house without your camera…a lesson I’ve learned since moving to New York. On Saturday I’m cruising along in the mall and who do I see? Tim Gunn!

The Westchester mall hosted a fall 2011 fashion show with designs from Kate Spade, Juicy Couture and Lucky Brand. Tim Gunn and Leah Salak of Liz Claiborne chatted about the designs as they walked down the runway and later participated in a Question/Answer segment. I’ve met Tim before at fashion week and once again I’d have to say he is the most kind and gracious person in all of fashion.

“You can be too rich and too thin, but you can never be too well read or too curious about the world.”

“I have heard women complain about men holding doors for them,, as if it is inherently offensive and implies that they are weak. … I would hold a door for anyone. … It has to do with noticing our fellow human beings and saying, “I recognize that you’re on this planet, and I don’t want a door hitting you in the face.”

“Just the way it never rains when you have an umbrella, you’ll never run into people if you look fantastic. But go outside in pajamas, and you’ll run into every ex you have.” 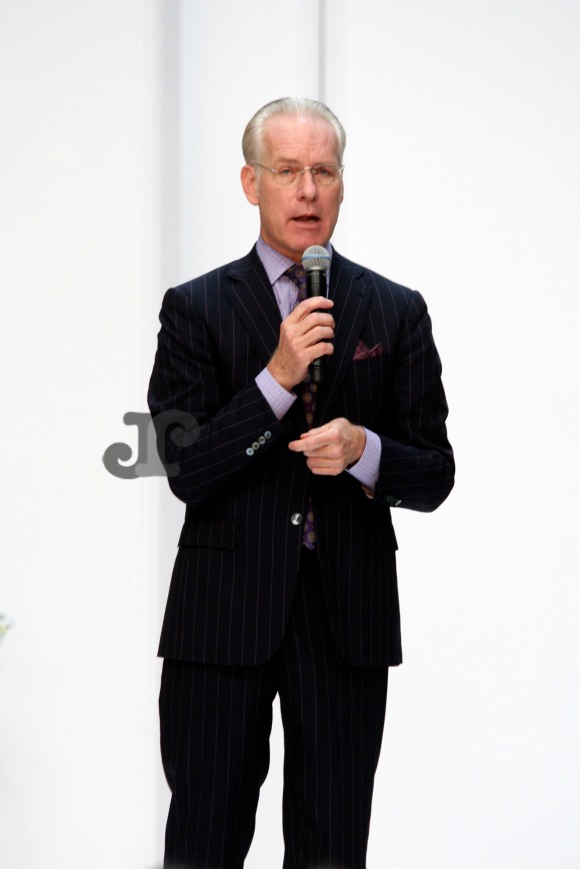 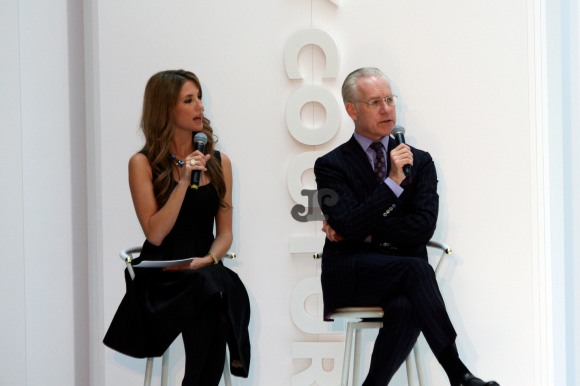 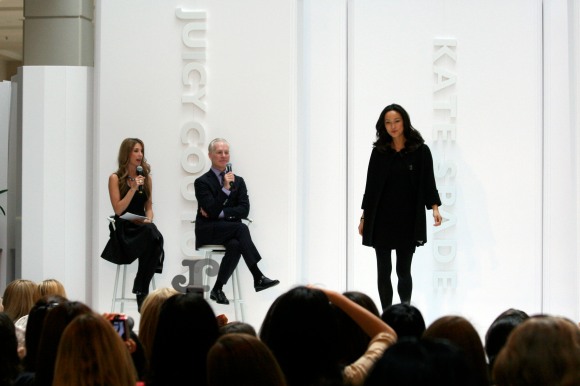 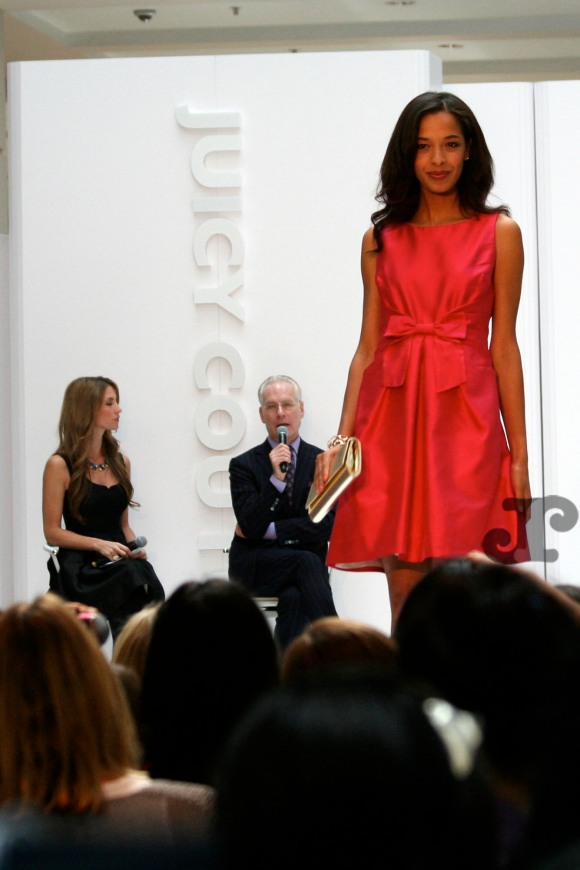 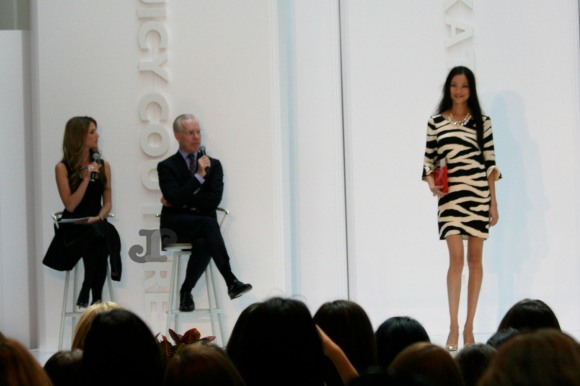 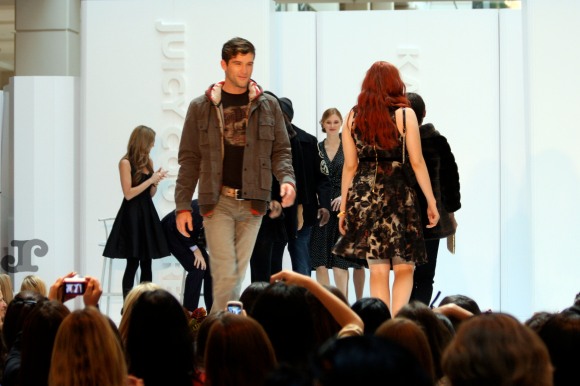