Every tree was excited, bowing, waving, swirling, tossing their branches…

March 13, Big storm here in Westchester.
It rained like mad and there was a crazy wind. Knocked the city around a bit….half a million people with no electricity-we were fine, but the next block over had no lights.
It made a mess…..Trees/signs/garbage barrels all over the city. Huge trees on the highway, knocked over lamp poles and even into houses. 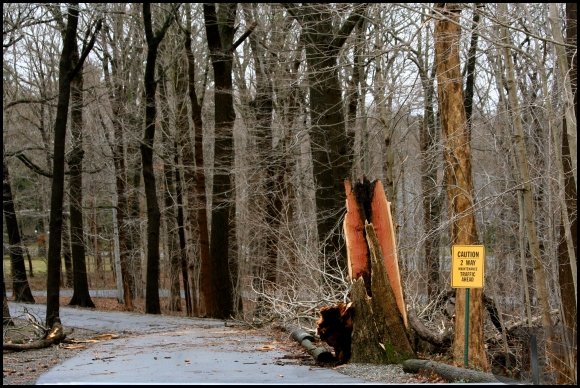 You can see-in relation to the bicycle-just how big these trees were. 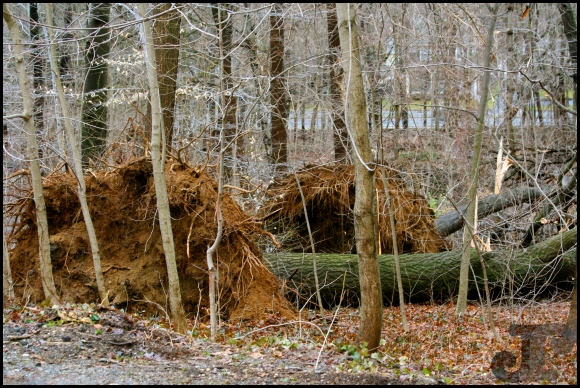 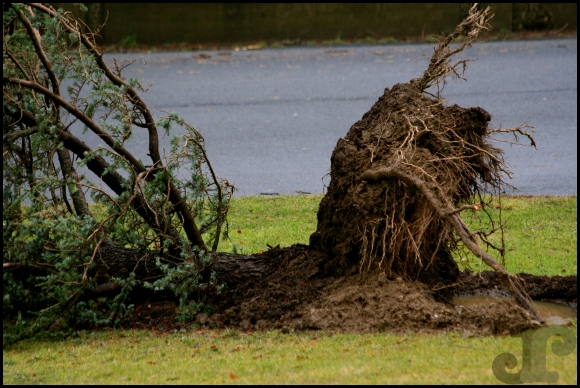 Hard to believe that massive trees like these would come right up from the roots…but the roots aren’t very deep. At least not as deep as I was expecting them to be.

Birds sing after a storm; why shouldn’t people feel as free to delight in whatever remains to them?
Rose Kennedy